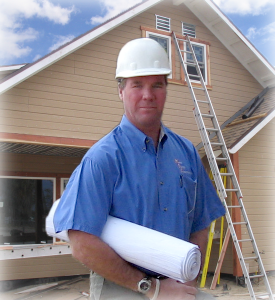 Mark was born in Southern California and grew up in the South Bay of Los Angeles. His mother, Inez and father, Fred were depression age children who believed in hard work and perseverance. Along with his older sister, Cindy, they lived in the home the family built in the City of Rolling Hills in 1956. The family was active and vacations typically revolved around snow skiing. Following graduation from Miraleste High School in Rancho Palos Verdes in 1977 Mark attended Los Angeles Harbor College. Mark was a member of the 1978 State Champion baseball team at Harbor College and went on to play at U.C. Santa Barbara for the nationally ranked Gauchos. Mark graduated UCSB in 1982 with a Bachelor of Science degree.

Mark remained in Santa Barbara for several years working as a finish carpenter. Later he moved to Sacramento to work in commercial real estate. The next move was to Orange County California to work as a superintendent for a large commercial contractor. In 1986 Mark obtained his General Contractors License in California and began the uniquely named Mark Sauer Construction (MSC). MSC became a California corporation in 1995.

The offices of MSC and the Sauer family home have been in Corona California since 1988.

What Our Clients Say

The competence and professionalism of everyone on Mark Sauer’s team is quite remarkable.

Mark and his men are highly skilled, efficient and professional; they enjoy the challenge of working on historic projects and clearly take pride in their work.

Their expertise is shown in the level of detail and care that they exhibit in their work. We've used them on two occasions, and have been very pleased.

MSC takes great pride in their work. They are creative problem solvers and good collaborators.

MSC and their staff were a vital component of the successful Rancho Peñasquitos Adobe Renovation project.

Your company provides great value and your advice is priceless. No one should begin a restoration project without consulting MSC first.

I highly value Mark Sauer’s ability to advise the client on the most effective use of the limited funds available.